We're not in Waterdeep anymore Toto...

Our fledgling band of heroes have met at the Yawning Portal to discuss their future. The Group consists of Content Not Found: duncan-rockefort, a Human paladin of Tyr, yearning to be worthy of a place among the Knights of Salamus, Fitz the Grand, a Gnomish wizard from Cormyr looking for knowledge to prove himself to his peers, Kraff, a Dwarven war-cleric of Gorm Gulthyn, seeking adventure and GLORIOUS COMBAT, OLAF, a Dwarven sailor with an adventuring itch needing to be scratched, Tattersail a Human rogue and reluctant bounty hunter and finally Toliver Quartzvein, a Half-Elf warlock raised by Dwarfs drawn to adventure by the pull of Moradin’s Hammer.

Olaf bumped into an old man (or did the old man bump into him?) spilling the hero’s drinks. As an apology, the old man offered replacement drinks and a story. After introducing his daughter Danika and his son Ratka, he tells his tale…
Stanimir fills his mouth with wine, then spits into the fire. The flames turn from orange to green. As they dance and sway, a dark shape appears in the bonfire’s core.
“We come from an ancient land whose name is long forgotten—a land of kings. Our enemies forced us from our homes, and now we wander the lost roads.”
The dark shape in the fire takes the form of a man being knocked from his horse, a spear piercing his side.
Stanimir continues. “One night, a wounded soldier staggered into our camp and collapsed. We nursed his terrible injury and quenched his thirst with wine. He survived. When we asked him who he was, he wouldn’t say. All he wanted was to return home, but we were deep in the land of his enemies. We took him as one of our own and followed him back toward his homeland. His enemies hunted him. They said he was a prince, yet we didn’t give him up, even when their assassins fell upon us like wolves.”
Deep in the bonfire, you see the dark figure standing with sword drawn, fighting off a host of shadowy shapes.
“This man of royal blood fought to protect us, as we protected him. We bore him safely to his home, and he thanked us. He said, I owe you my life. Stay as long as you wish, leave when you choose, and know that you will always be safe here.’”
The figure in the dancing fire vanquishes its final foe, then disperses in a cloud of smoke and embers.
Stanimir’s face becomes a somber mask. “A curse has befallen our noble prince, turning him into a tyrant. We alone have the power to leave his domain. We’ve traveled far and wide to find heroes such as yourselves to end our dread lord’s curse and put his troubled soul to rest…”

But before he finishes a ruckus erupts in the tavern.

A rough looking man with eye tattoos covering his bald head, and 4 cronies are abusing Yagra Stonefist an acquaintance of both Toliver and Kraff. The ruffians (Xanathar Thieves Guild members by the looks of them) are soon evicted by the heroes (and Durnan).

Normality returns briefly until a Troll emerges from the well and starts to terrorize the tavern! With Durnan’s help, the heroes vanquish the troll and throw it back into the depths of Undermountain.

As if this night hasn’t been action packed already, the heroes are approached by Volothamp Geddarm who wants them to find his friend Floon, who went missing after a night of partying at a tavern in the Dock Ward.

The heroes head out into the snow and fog on the promise of reward to look for Floon. On their way through the Dock Ward, the heroes are waylaid by some hooligans looking for revenge (they appear to be quite annoyed at the heroes interference back at the Portal…). The heroes are helped out of a potentially deadly situation by the old man’s daughter Danika. She slays one of the ruffians and urges the heroes to follow her to safety. After a bit of a scrap, the heroes do precisely that. However, much to their amazement, the heroes find themselves not running through the snow choked streets of Waterdeep, but in an eerie mist shrouded forest.

Having little choice, the heroes follow the road away from the thick wall of fog blocking their way east.

They find a body that had been mauled by wolves, clutching a note… 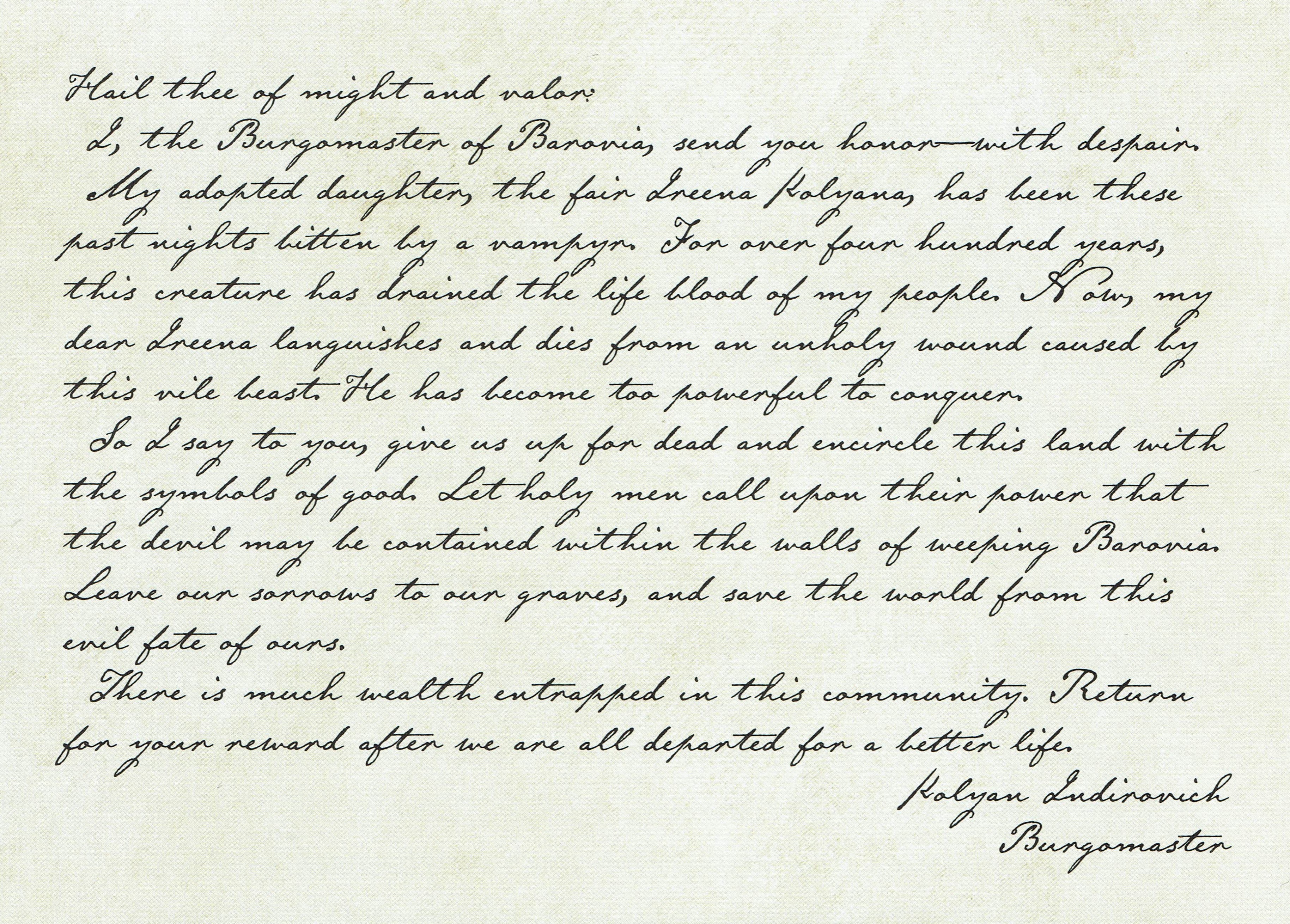 However, the wolves return to finish their meal. Some quick thinking has the heroes climbing trees to avoid the ravenous beasts. One of the wolves, the largest of the pack, stares at the party with very human eyes and seems to smirk at Kraff as she tries to intimidate the beasts into leaving. After finishing their meal, the wolves leave. The heroes carry on down the road, determined to offer whatever help they can to the Barovians mentioned in the note.

Eventually the forest ends to reveal a village in the mists. The heroes enter the eerily quiet village to discover two children fearfully hiding from a monster that has their parents and baby brother trapped in their house. 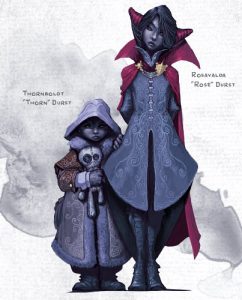 The heroes being heroes enter the house to investigate…

In the Beginning A Friend in Need

I'm sorry, but we no longer support this web browser. Please upgrade your browser or install Chrome or Firefox to enjoy the full functionality of this site.